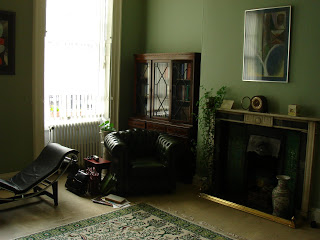 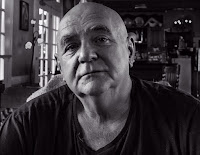 Rodney Street Counselling & Analytic Practice was founded by Simon Fisher in 2000. He has worked for universities, NHS Departments, private clinics, and community organisations. Born in Merseyside, he was educated in London, Israel, Texas, Germany, Italy, and Oxford. His initial academic passion was philosophy: especially hermeneutics and German philosophy. His interest in psychoanalysis began whilst he was a research fellow at Oxford in the 1970s and '80s. After much analysis and clinical training he returned to Liverpool in 1990 for clinical work.  After two decades in the NHS he became professional lead in psychotherapy.
Now he is now working as an independent counsellor without ties to state, voluntary,  medical services, or employee assistance schemes.
ABOUT PSYCHOANALYSIS 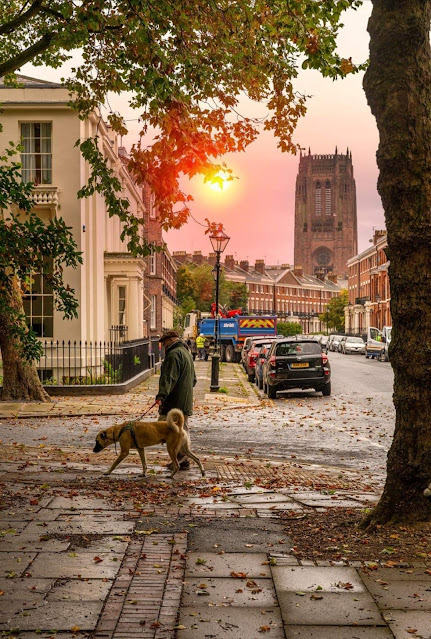 Simon and Qtmir: Liverpool
Psychoanalysis, the original modern talking cure, was invented by Sigmund Freud, Josef Breuer -a General Practitioner- and their patients. From these early days in Austria analysis expanded internationally until analyst and couch became the ultimate Hollywood cliche.
Psychoanalysis developed into different schools, but common to all is a dedication to spontaneous speaking and careful listening. Through analysis one may re-jig or re-programme oneself  by uncovering unconscious scripts and desires that determine expectations, behaviours, thinking, and phantasy.
What can-not be changed, re-cycled, or diverted needs to be accepted or mourned.
Because psychoanalysis is labour intensive for both customers and their professionals, it is rarely available for adults on the NHS.  Nevertheless contemporary psychoanalysis increasingly attracts people seeking an alternative to the generalized, structured, and highly regulated therapies promoted by health officials and governments throughout Europe.
At the beginning of the twenty-first century analysis remains a versatile and sophisticated counselling option for those who require unhurried careful listening.
Analysis may be long-term lasting several years. On the other hand, Freud’s counselling of Gustav Mahler occurred during an afternoon stroll in a leafy Viennese suburb.

Popular posts from this blog

ENTANGLEMENT AND THE COMEDIES OF TRANSFERENCE: 1.LOVE 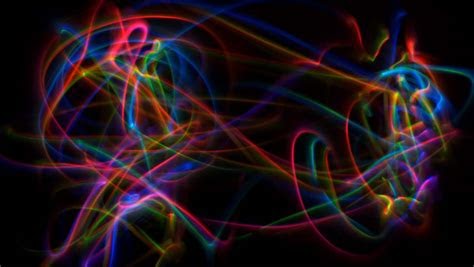 Entanglement .......is a state in which the location of one particle is closely correlated with that of another. In other words, it is the nearest practical thing to having a said particle in two places at once Evolving  Science 2020 The term entanglement is n ot intended to re-introduce scientism into psychoanalysis; it is a metaphor to help me -and hopefully others- to explore the great complexities surrounding concepts of transference in both theory and practice. Though popular psychoanalytic theory discourses endlessly about "the subject", human beings are immersed in "otherhood" from conception onwards. Otherhood certainly includes human societies, culture, bodies, raw physicality of the environment. It is not just language. Entanglement is a necessity for human animals and their destiny: for their well or woe. Separation and Loss are often passages to other entanglements because No Subject can be an  island  entire of itself; every man  is a piece of the con
Read more

ENTANGLEMENT AND THE COMEDIES OF TRANSFERENCE 3. Artist and Model 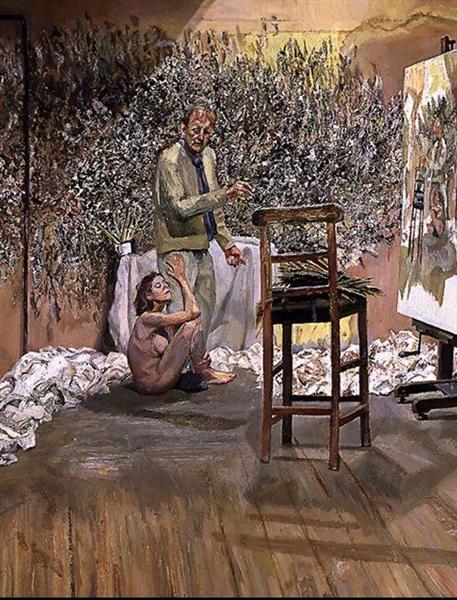 ARTIST AND MODEL Of all the seminars this term, it is this one that caused me the most heartache.  Lucian Freud The Painter Surprised by a Naked Admirer 2004/5 Public Domain Lucian Freud, a grandson of Sigmund,  wanted to die whilst still painting. He very nearly fulfilled this ambition, but like so many, he was stricken with serial illnesses that thwarted his plans for old age and death.  Though both the founder of psychoanalysis and his talented grandson had a surname in common, Lucian staunchly upheld the dignity of art vis-a vis reductive or generalising accounts from science, social science, psychology. Fine paintings could neither be enhanced nor rubbished by psychobabble, however seemingly erudite. He once said of Sigmund, that he certainly read some books by his grandfather, but only for the jokes. Nevertheless hefty royalties from Sigmund’s writings were no laughing matter. They enabled Lucian to pursue art; later bailed him out of gambling debts on many occasion. L
Read more
June 10, 2021 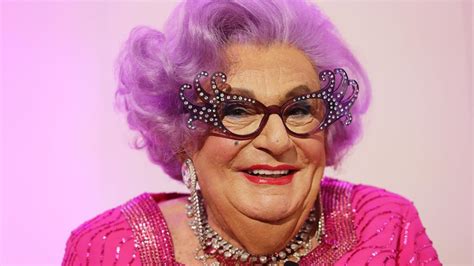 SOME HAUNTOLOGOGIES   Dame Edna: public domain When I talked to you on Zoom last time, I was the recipient of an unusual and unsolicited experience. It was disconcerting. During my presentation the images or logos of each participant kept appearing for a while  on my monitor,  only to disappear, and then be replaced unbidden by another. As Dame Edna Everedge would say "Uncanny". The format on my monitor was typical of a discussion forum, whereby the image of the person speaking, commenting, or asking a question, appears so that one can see, as well as hear, the speaker in question. But on this occasion I was the only one speaking. When you each appeared on my desktop, some were listening, others stroking cats, or smiling, or drinking from a mug, and occasionally grimacing. My dog Qtmir was present for the entire  transmission. Apart from the occasional yawn, he was largely unf azed by the experience and you did not get to see him at all. Neither -it seems- did anybody appreci
Read more